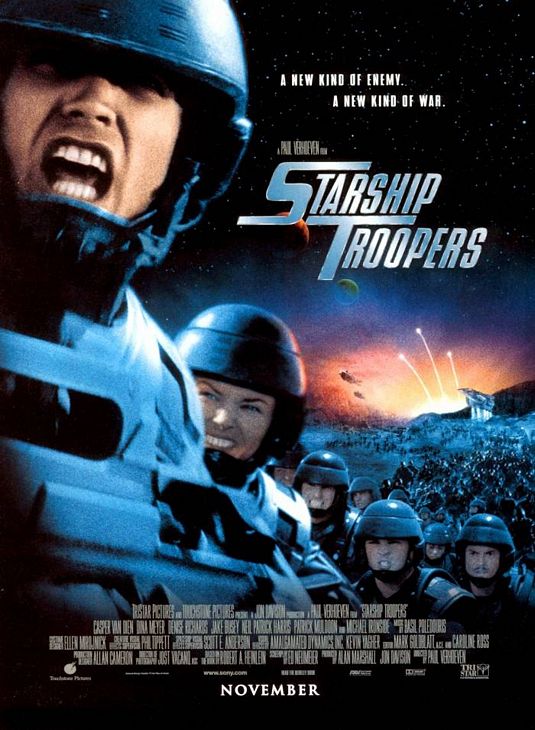 Yes I know this movie is a ridiculous special effects and action fest with little story line, but it’s great fun and it has Neil Patrick Harris in it which is a plus for any movie. Would You Like To Know More!?! 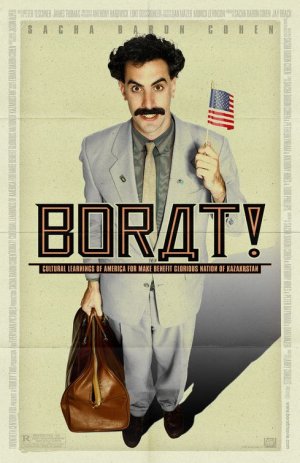 “Borat: Cultural Learnings of America for Make Benefit Glorious Nation of Kazakhstan” was directed by Larry Charles. If you can call it that. Sticking an impressionist in a silly suit with a racist accent and having him go round and make a fool of himself in front of people and filming it is not a valid film making technique.

30 Day Film Challenge: Day 11 – A Film By Your Favourite Director 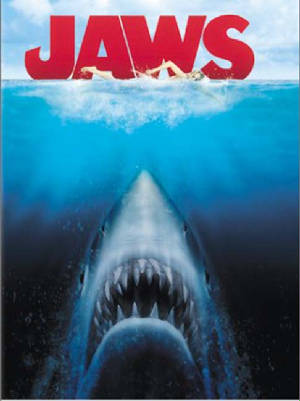 Well, this may seem like a cop out choice, but if I go through my favourite films, one director keeps popping up over and over – Steven Spielberg. This is one of his best films, a masterclass in suspense.

30 Day Film Challenge: Day 10 – A Film With Your Favourite Actress 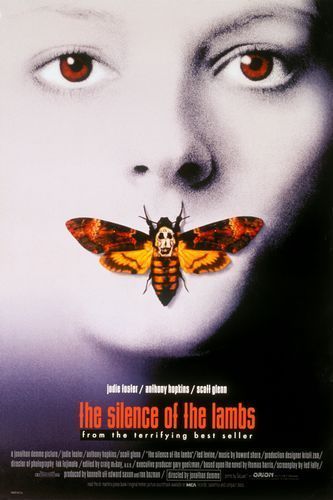 I had to think hard about this one. I don’t really have a favourite actress so I chose what I think is the finest actress performance ever which is Jodie Foster as FBI Agent Clarice Starling in The Silence of the Lambs. One of the best films ever made.

30 Day Film Challenge: Day 9 – A Film With Your Favourite Actor 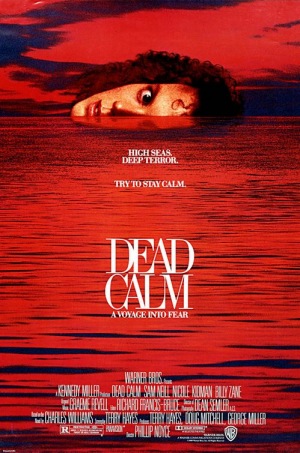 My favourite Actor is Sam Neill. He’s featured twice on this list already (The Dish, Jurassic Park) but this is one of his earlier films. An Australian psychological horror set in the middle of the ocean. A Royal Australian Navy Captain John Ingram (Neill) comes home on leave to discover that his wife and baby have been involved in a car accident on their way to pick him up. The wife Rae (a young Nicole Kidman in her breakthrough role) survives but the child dies. To get away from this terrible tragedy, John takes his wife on a month long cruise on their private yacht. A couple of weeks in, in a dead calm ocean, a larger ship appears on the horizon. A man gets in the ship’s rowing boat and rows towards them. He claims that he is the only survivor of a food poisoning on board that has killed the rest of the crew. Having his doubts about the story, John rows back to the ship while the man sleeps and discovers the horrible truth.

This is probably one of the best films to come out of Australia. A truly terrifying movie without falling into the gore of modern horror films. Definately worth a watch.

Book 6 of my challenge was all thanks to Mary (@mekster on Twitter) who kindly lent it to me. You can check out her blog, including her own 50 book challenge, at http://meksmeanderings.blogspot.com/

Basically, Glory Glory! is the story of Manchester United in the 90s, culminating in the historical treble win in May 1999. The book comes from the perspective of the players themselves, and take the form of a series of in depth interviews with10 of the players and the Club Chairman at the time, Martin Edwards.

All the stories were really interesting and it was great to read a bit about what footballers are really like behind the scenes, and the backgrounds that they came out of. I especially liked that it didn’t focus on the big names. No Beckham, Giggs or Schmeichel in this book. Some of the most interesting stuff came from David May and Nicky Butt who were relatively small players at the club (or as small as you can be in the red shirts of Manchester United).

I really enjoyed this book and would recommend it to anyone who was following English football in the 90s or who has and interest in Manchester United.

I know I’m well behind on this and I’m unlikley to make it to 50 books this year but I’ll do my best. I’m even further behind on blogging about it so here goes.

The first book of my challenge was the next up in my reading of the DS9 relaunch novels. Twilight is the first book in a four-part set called Mission Gamma that in it’s main plot follows an exploration mission of the Gamma Quadrant by the crew of the USS Defiant from Deep Space Nine.

In the previous books in the series (Avatar two parter) we are introduced to the new crew of DS9 after the ascension of Captain Sisko in the series finale. Kira has been promoted to station commander and her new XO is a Starfleet Commander Elias Vaughan. Lieutenant Nog has taken over from Chief O’Brien as chief engineer and Lieutenant Ro Laren (newly commissioned into the Bajoran militia) has Odo’s old office as chief of station security. Other new crewmembers include Andorian Ensign Thirishar ch’Thane and Commander Vaughan’s estranged daughter, Ensign Prynn Tenmei.

The main plot of the first book concerns the Defiant‘s departure from Deep Space Nine commanded by Vaughan with Ezri Dax, Nog, Doctor Bashir and Ensigns ch’Thane and Tenemi on board. The first new planet they come across is occupied by the peaceful Vahni Vahltupani but the planet is in danger of destruction from mysterious energy pulses from space. Vaughan and his crew must race against the clock to save an entire people from annihilation.

In the meantime on the station a Federation diplomatic team arrives to negotiate Bajor’s entry to the Federation. 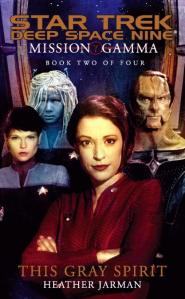 In the second book, the Defiant is damaged by an enemy weapon but is rescued by a ship from the alien race known as the Yrythny. The crew quickly discovers that this is a society at breaking point. The planet is plagued by strict discrimination between the Houseborn deemed genetically superior and the enslaved lower class known as the Wanderers who are stripped of many rights including the right to breed and the eligibility to serve in the military. Wanderer terrorist attacks have brought the planet to the verge of civil war. A throwaway comment from Ezri Dax about the possibility of getting an independent mediator in, causes the defiant crew to be drawn in to the centre of the conflict.

Back on the station, a Cardassian delegation arrives in the hopes of patching up relations between them and Bajor before Bajor enters the Federation.

The books are both reasonable reads. In both cases the plot on the Defiant is more compelling than the one on the station and the plot of the first book is far more interesting than that of the second. Both books, thought the second more than the first, unfortunately suffer from far too much concentration on two minor plots, the first of which is the budding relationship between Ro Laren and Quark. The second is the arrival on the station of Ensign ch’Thane’s family. Great detail is given to the complicated Andorian family structure and while it’s all interesting, I just got bored of it after a while. From the reviews I’ve read, This Gray Spirit is the low point of the series so I’m looking forward to reading the remaining books.

Warpfactor 10
Create a free website or blog at WordPress.com.