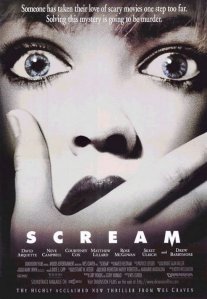 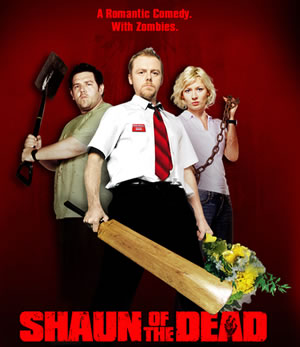 Ok. This is stretching it a bit, but the only proper romantic film I really like, I already chose for Day 14. They did say this film was a RomComZom (Romantic Comedy…. with Zombies). 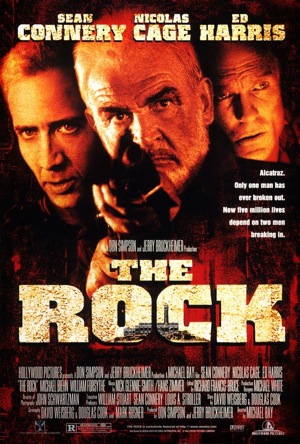 Fantastic action film. Ed Harris brilliantly plays a rogue US Marine General who takes hostages on Alcatraz island in San Fransisco Bay while pointing poison gas missiles at the city. The FBI director (the late great John Spencer) brings in their top chemical weapons expert Stanley Goodspeed (Nic Cage) and the only man to ever have escaped from Alcatraz, John Mason (Sir Sean Connery) to go along with a Navy SEAL team to release the hostages and secure the missiles. Action brilliance ensues. This is probably my favourite Cage performance and Sir Sean excels as an aged James Bond well. With three such strong leads, this film could scarcely put a foot wrong and it doesn’t.

As the Movies You Should See people say, it’s dificult to review a comedy film without decending into a quote fest so I’ll simply say this:

This movie is a perfect example of how to do a spoof well. Pay homage to the original, show respect for the original. It is possible to do this and spoof it at the same time as this film shows. If you are a Star Trek fan, or have any knowledge of the show at all, this movie is well worth a watch or 20. It’s got Tim Allen in his best performance ever. But even better, Sigourney Weaver and Alan Rickman! All in one film! 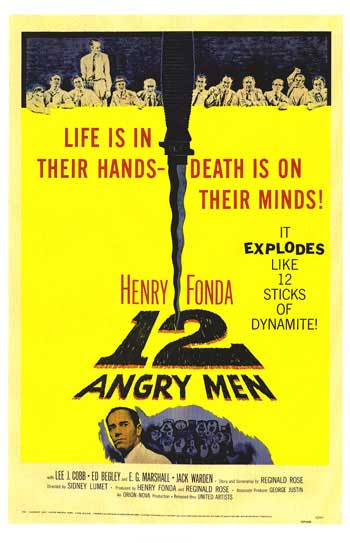 This is the most fantastic movie and a true definition of Drama. 12 men, 1 room, an hour and a half of tense thrilling drama as Henry Fonda plays the only dissenting jurer in a seemingly open and shut murder case as he tries to bring round the others to the idea of reasonable doubt. Not a special effect in sight but seriously one of the best films ever made.