As most of you will have guessed, as far as fandom goes I am above all a Star Trek fan and this is the pinacle of that. The other shows are great and I love them all but the huge ensemble cast, including many great recurring characters, and ambitious, detailed and far reaching storytelling, not afraid to tell a story over multiple episodes and seasons, pushes this show to the top of the heap. 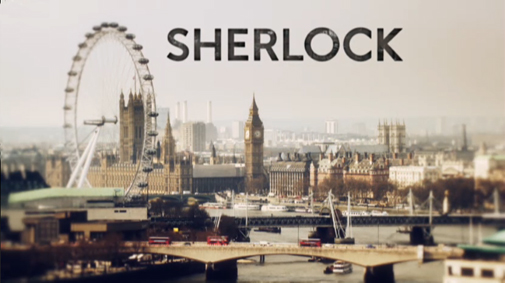 From Steven Moffat and Mark Gattis, this series is a perfect modernisation of Sir Arthur Conan Doyle’s great investigator. Set in modern day London, Benedict Cumberbatch stars with Martin Freeman as Doctor Watson. The thing that sets this apart from so many adaptations that have failed is that it keeps Holmes as just that, an investigator. He’s a fantastically talented detective, an eccentric, but what he’s not is an action hero. This series keeps Watson and Holmes doing what they’ve always done but in the modern day.

30 Day TV Challenge: Day 1 – A Show That Should Never Have Been Cancelled

Well, everyone has chosen Firefly here so I’ll go against the obvious with-

All the Star Trek sequel series started with an average first couple of seasons but Enterprise was never really given a chance to shine. Maybe it’s because DS9 and Voyager both started while the previous show was still going strong whereas Enterprise was out all on it’s own but the audience just didn’t give it the chance to get better that they’d given to DS9 and Voyager. Seasons 3 and 4 were really good, but unfortunately by that time people had stopped watching and it was cancelled just as it was beginning to show how good it could be.

I was one of those that really didn’t mind the original opening theme that much, but this is what it should have been –

And here’s the original-